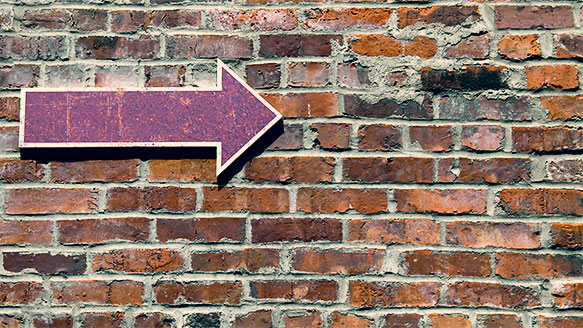 At a recent session of the Summer Bible Study, I had the privilege of teaching through the Parable of the Rich Man and Lazarus, which is found in Luke 16:19-31. In the parable, there is a man of extreme wealth and a man (Lazarus) of extreme poverty. When they both die, however, Jesus reminds us that the kingdom of God does not correlate with the values of our world. We know this because the poor man ends up in heaven at Abraham’s side, while the rich man ends up in Hades in torment. It is a shocking reversal!

This parable tackles powerful themes about wealth and eternity, but I want to focus on its surprising—and troubling—ending.

Jesus then depicts an imaginary conversation between the rich man (in Hades) and Abraham (in heaven). After the rich man asks for some relief from his pain (and receives none), he makes an odd request from Abraham. In verses 27-28 he says, “Then I beg you, father, send Lazarus to my family, for I have five brothers Let him warn them, so that they will not also come to this place of torment.” While we, as readers, may not assume that this request would be granted, most of us don’t have trouble following the logic.

The rich man ended up in torment and judgment because, apparently, he was a faithless man. Despite his great wealth (verse 19 says that he lived in luxury every day), he largely ignored God. Perhaps he was blinded by his vast resources and therefore saw no need for God. Whatever led to his godless life, the rich man knows that his five brothers are living the same kinds of lives. He doesn’t want them to end up in torment as well, so he hatches a plan to warn them. And just imagine the impact. The five brothers are feasting in their house, and in walks the dead beggar! Surely every jaw would drop. Surely they would perk up their ears and listen to whatever they were told.

Surely they would change their ways, repent, place their faith in God, and end up in heaven instead of hell.

Again, we may not expect the request to be granted, but the logic of the request seems pretty solid.

Abraham, however, disagrees. In verse 29 he replies, “They have Moses and the Prophets; let them listen to them.” To be honest, Abraham strikes me as a bit dense here. He hears of this request to send a dead man as a warning, and he basically says, “I don’t get it. Why would that make any difference at all? After all, don’t they have a Bible?” Abraham seems a bit like a parent whose child asks for ice cream and who responds by saying, “I don’t get it. Why would you need ice cream? After all, don’t we have plenty of oatmeal?” The rich man, with what I assume to be great exasperation, says, “No, father Abraham, but if someone from the dead goes to them, they will repent.” A miracle will make a difference. A sign will convince them. Sure, they’re aware of the Bible. Sure, they are aware of God’s story, His commands, His promises. But if you send them a sign, that will make all the difference.

What can we take from this?

Now, God is not against signs and miracles. The miraculous fills the pages of Scripture. Jesus did many miracles. But Jesus also spoke frequently about the limited impact of miracles. In fact, He often refused to do miracles when they were demanded by the people. Miracles can be very effective in building our faith. But Jesus seemed to think that most of us overestimate the impact that miracles will have on our faith.

Too often, when God rescues us from a difficult situation, we move on and go about life as usual.

The rich man says to Abraham, “No, Scripture isn’t enough to convince them. Do a resurrection!” Abraham, however, ends the parable by saying, “If they do not listen to Moses and the Prophets, they will not be convinced even if someone rises from the dead.” And Jesus’ potent ending to this parable is not theoretical. After all, pretty soon he would be raised from the dead, and many would still refuse to believe.

According to Jesus, miracles aren’t as effective as we think they are.

When we pray, “God please provide, and heal, and fix, and rescue, and then we will all believe,” His response to us is likely, “But why do you need those things; I gave you the Scripture.” God has given us His Word. He has told us what matters. He has told us who He is. He has told us how we are called to live.

Why is it that we need a sign? His calling for us is to listen to Him, to obey His commands, and to trust Him with all our hearts.

God, in His grace may bless us with faith-confirming signs and miracles. But we don’t need to wait on these signs in order to follow Him with our whole hearts. He has spoken clearly through His Word, and we would do well to listen careful, to trust Him, and to obey.