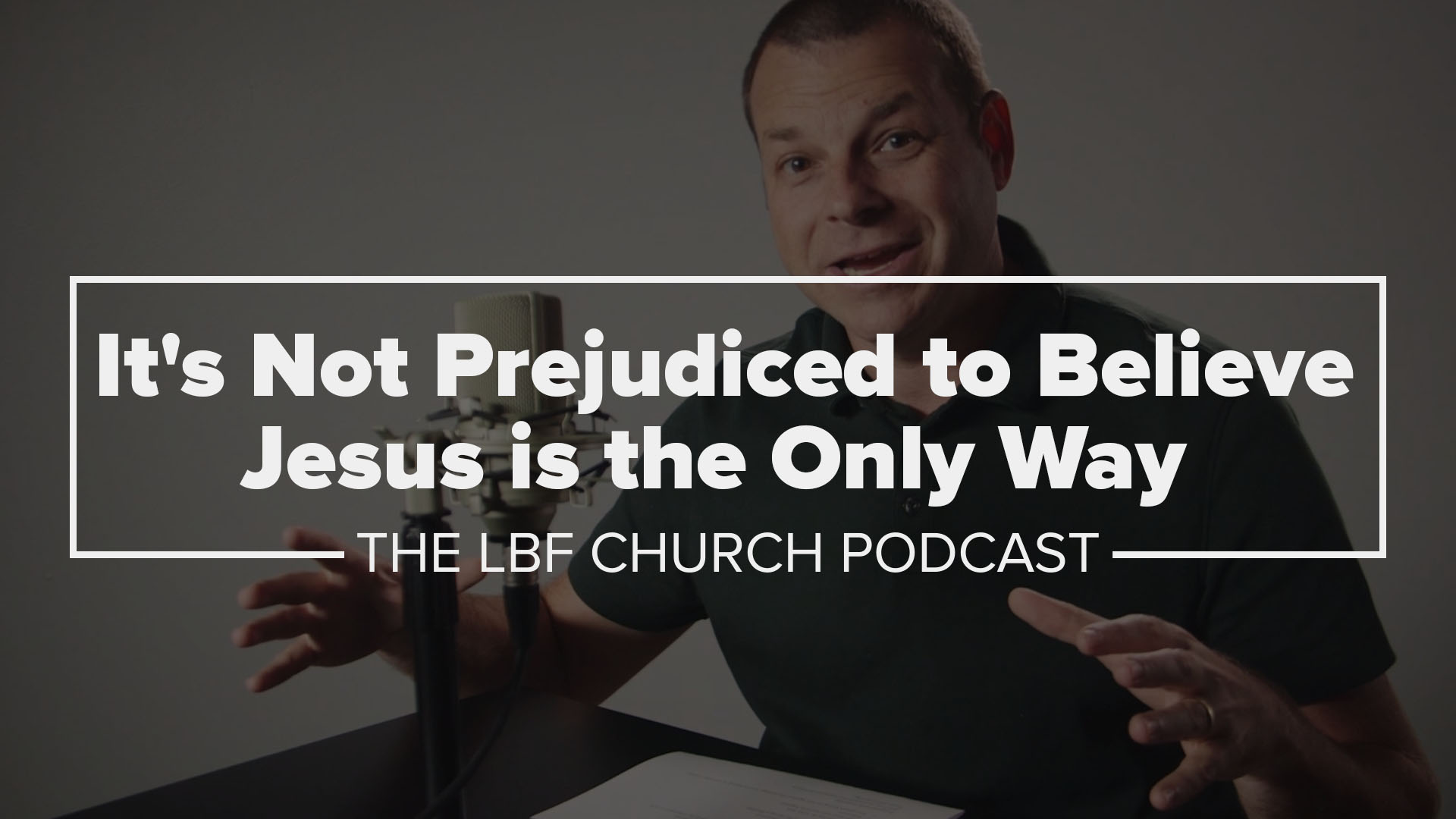 It’s Not Prejudiced to Believe Jesus is the Only Way

Only Through Faith in Jesus Christ can People be Saved

About a month ago there was a strange interaction in Washington D.C. Russell Vought was being questioned by the Senate in order to be confirmed for the government position of Deputy Director of the Office of Management and Budget. Senator Bernie Sanders asked Vought about the following statement he had made: “Muslims do not simply have a deficient theology.

They do not know God because they have rejected Jesus Christ his Son, and they stand condemned.”Vought had written the statement in an article for Wheaton College (his alma mater), surrounding a controversy about whether or not Christians and Muslims pray to the same God. Sanders concluded that this belief of Vought’s was inappropriate and was not in keeping with American values.

Vought had written the statement in an article for Wheaton College (his alma mater), surrounding a controversy about whether or not Christians and Muslims pray to the same God. Sanders concluded that this belief of Vought’s was inappropriate and was not in keeping with American values.

He seemed unaware that Vought was simply expressing a very basic Christian belief: the belief that only through faith in Jesus Christ can people be saved.

I am not sure if Senator Sanders was genuinely shocked by Vought’s statement or if he was simply playing political games. I am sure, however, that the only reason Senator Sanders could have expected that his critique would be taken seriously is because public opinion is more on his side than at any other point in American history.

It is now fairly common for Christians to be seen as bigots for believing that faith in Jesus is the only path to salvation. Because this is the cultural reality in which we find ourselves, I want to give three suggestions for how we talk to others about the exclusive claims of Jesus Christ.

As Christians, we don’t choose our beliefs based on popular opinion. We believe what we believe in light of what God has revealed through His Word. That said, it is worthwhile to recognize what statements will be shocking to people in our present cultural context. Don’t back down from speaking the truth, but be willing to speak it in a polite way. When I meet with couples for premarital counseling, we talk about pre-marital sex.

There is nothing cowardly with saying, “I know this is not a popular position in our culture, but I believe that Jesus is the only way to God.” That is not being wishy-washy; it is simply acknowledging the context in which you find yourself.

The Christian teaching is not that God looked down at people and decided that some of them were doing things that were deserving of hell. He did not say, “He’s a murderer, so he’s out! She’s a prostitute, so she’s out! He’s gay and she’s a Muslim, so they’re condemned!” It is not that some people do things that are so bad that they are condemned.

The Christian teaching is that every single one of us is condemned. All have sinned and fall short of the glory of God. All are estranged from God and deserving of His wrath. Because of this, the gospel of Jesus is actually an incredible inclusive message. Jesus says,

“Whoever you are, whatever you’ve done, regardless of gender, ethnicity, and education, you are all invited to receive forgiveness and adoption into the family of God by coming to me!”

When you talk to others about the exclusive claims of Jesus, be sure to help them understand that the Christian position is not that you become condemned by joining another religion, coming out as gay, or doing certain bad activities. We all are born condemned, and we become rescued by Jesus and by Him alone.

You would not view that hospital as bigoted or arrogant (thinking they’re better than other hospitals). When we provide the bigger picture, it becomes easier for others to see the gospel as the good news that it is.

It may be true that right now it is a minority position to believe that Jesus is the only way to be connected to God. Holding onto this belief may even result in you being insulted, disregarded, or marginalized.

You may be told that you are on the wrong side of history. These things can make it difficult for Christians to hold onto the gospel and present it to others without compromise.

Remember, though, that Christians have always been on the “wrong side of history.” When Jesus was crucified, his disciples appeared to have backed the wrong horse.

When first century Christians were being imprisoned and martyred, they seemed to be holding onto a fading belief. In our “post-Christian” society today, don’t give in to the temptation to change or “improve” the exclusive claims of Jesus. While it may seem that we are on the wrong side of history today, Jesus’ future return and the kingdom will be His (and our) final vindication.