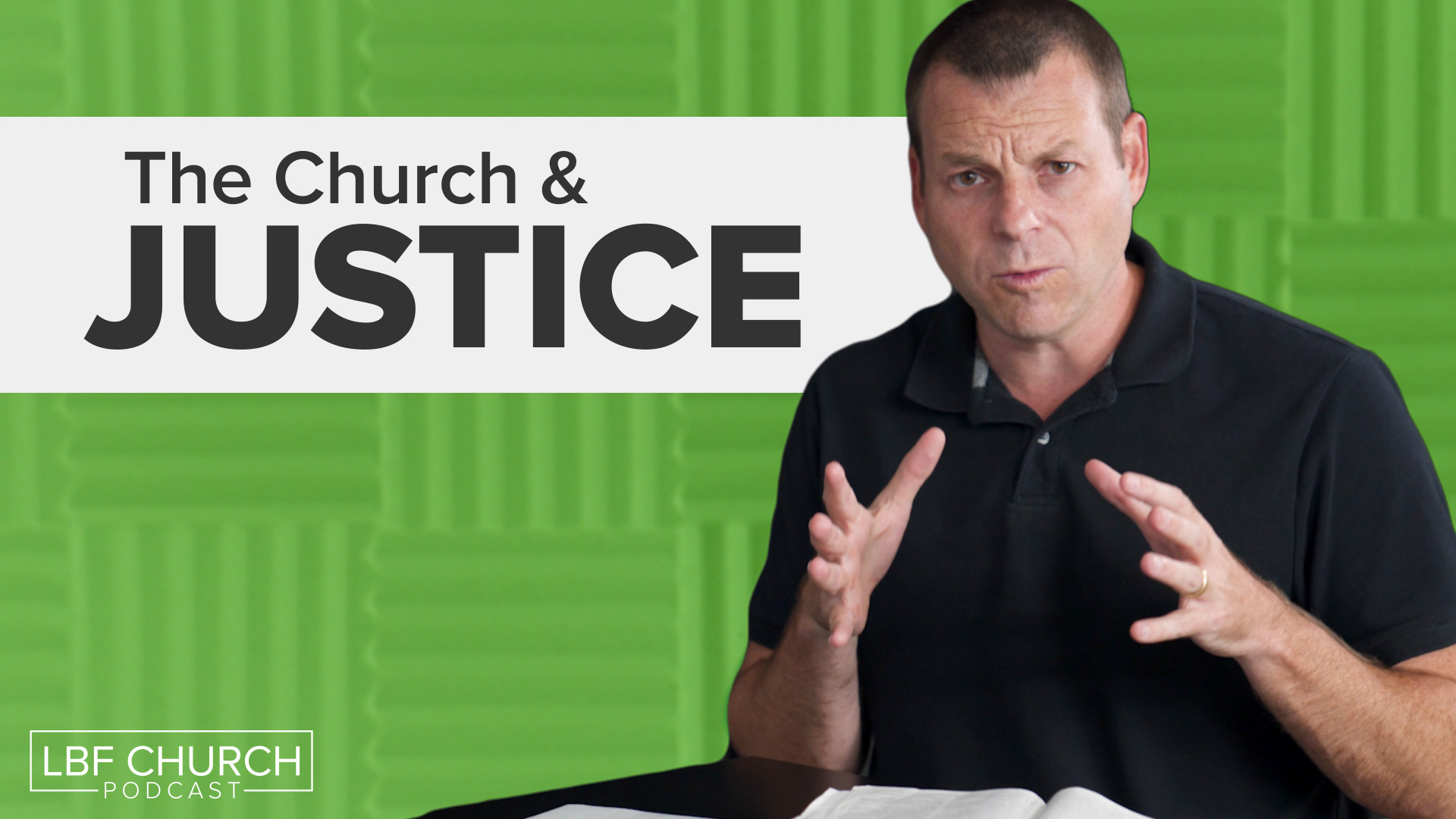 The Church and Justice

What is the role of the church when it comes to issues of justice in society? This question is at the center of debate in Christian communities all over the country. In my view there are two separate questions that need to be explored:

In this post, I will focus almost exclusively on the first question, and future posts may delve into the second question.

In many ways, I don’t believe there should be debate over whether or not the church has a role in speaking out against injustice and in discipling people to live just lives. I think the obvious answer is that the church certainly does have a role in this, and I think this is obvious in Scripture.

But perhaps some of the controversy comes when we misunderstand one another on what is meant by “justice.” In the hopes of bringing some clarity, this post will look at three elements of justice: (1) Individual Justice, (2) Structural Justice, and (3) Cosmic Justice.

In Scripture, there is clearly a calling for individuals to acts in just ways toward others. For example, in Exodus 23:1-9, Israelites are commanded not to spread false reports (verse 1), not to show favoritism in a lawsuit (verses 2-3), not to overlook a neighbor because of a personal grudge (verses 4-5), not to deny justice to the poor (verses 6-7), not to accept bribes (verse 8), and not to oppress foreigners (verse 9).

On top of this, in Amos 5:21-24, God makes clear to Israel that their private religious observances are useless without the practice of justice. He tells them that their feasts, their worship songs, and their sacrifices are not meaningful to him. The reason is not that they are messing up the rituals. The problem would be solved, according to verse 24 if they “let justice roll on like a river, righteousness like a never-failing stream!”

And the value of justice is not simply an Old Testament subject. In Matthew 23:23 Jesus says, “Woe to you, teachers of the law and Pharisees, you hypocrites! You give a tenth of your spices—mint, dill, and cumin. But you have neglected the more important matters of the law—justice, mercy, and faithfulness.

You should have practiced the latter, without neglecting the former.” James reiterates this value when he warns rich employers, “Look! The wages you failed to pay the workers who mowed your fields are crying out against you. The cries of the harvesters have reached the ears of the Lord Almighty” (James 5:4).

Beyond the possibility of individual injustice (one person stealing from another), there is the possibility of structural injustice. An example of this would be either (1) a law that, if rightly applies, results in unjust outcomes or (2) a law that is consistently applied in different ways to different people, and therefore results in unjust outcomes.

For example, an unjust law would be a law that says that a white man can own a black man. And an unjust application of a just law would be if two men who were convicted the same crime—and had the same prior records of criminal activity—received different punishments because of their race, or some other differentiating factor.

It seems clear that God has a stake not only in his people living lives of individual justice but in his people setting up structures that maximize justice in society. This is why Exodus 23:1-9 (cited in the previous section) is not only a call for individual action but a call for societal laws that enforce these practices.

This means that a man who bribes a judge is not only sneered at by his fellow man, but he is fined or imprisoned because he violated a structure. When God established Israel, he set up a society with law and order. Justice was maximized when these laws were carried out without partiality due to race, gender, or socio-economic class. This is what it means to have structural justice.

In summary, then, I believe there is a calling for the believers to use their voice to speak out against structural injustice and to advocate for a more just society. If there are unjust laws (the right to kill unborn babies, for example), believers have a calling to speak up for the vulnerable people who are exploited by these unjust structures.

While, depending on the society, believers may have little-to-no ability to change these structures, it is valuable to speak the truth about what is just and what is unjust, just as John the Baptist spoke out about the immorality and injustice practiced by Herod (Matthew 14:1-12).

I borrow the term “cosmic justice” from economist Thomas Sowell, who wrote the book The Quest for Cosmic Justice. In the book, Sowell writes about the deep human desire not only for individuals to live just lives or for society to set up just structures but for humanity to correct past injustices and usher in a utopian society in which all wrongs are fully corrected.

Sowell doesn’t argue that this desire is bad, but he does argue that most attempts to do this cause far more injustice than they solve. This is not because we shouldn’t long for cosmic justice, but because we as human beings tend to be incapable of accomplishing it.

An example of cosmic justice is the attempt to fix the past injustices against African Americans in the United States. There is no doubt that massive injustices were done through slavery. Lives were taken, labor was stolen, and dignity was shattered. That is beyond question. So, what do we do about this?

Some would argue that we should not only make sure that we change laws and practices so that these injustices will not continue, but that we should find ways to correct past injustices. This might be done through financial reparations, affirmative action, or other practices that seek to even the scales.

While these actions sometimes can help—and sometimes are quite appropriate—it would be shortsighted to believe that there is anything that we can do today that will truly fix the injustices of the past.

No amount of reparations, quotas, or apologies will ever return what was stolen from African American families in terms of dignity or family or community. This isn’t to say that this means there is no effort given to right past wrongs. It simply means that cosmic justice will remain out of reach for us.

Cosmic justice is our longing not only for a society in which all the laws are good and are equally applied, but a society in which we see harmony and equality reign supreme. It is the idea that the Apostle Paul was championing when he called the Corinthians to use their surplus to meet the needs of poorer believers, trusting that there may come a time in the future when the poorer believers will have a surplus to give to the Corinthian believers when they are in need (2 Corinthians 8:13-15).

The quest for cosmic justice in our time is understandable, but we should take warning before trying to force cosmic justice on our terms. When we crave equal outcomes for all people we often practice widespread injustice in order to attempt to accomplish this. This is the story of communist societies that led to the deaths of tens of millions of people in the 20th century.

And it is worth noting that Jesus did not anticipate that cosmic justice would be accomplished by the church before his return. Remember his words to his disciples in John 12:8: “You will always have the poor among you.”

Thankfully we have the promise of cosmic justice in the future. This justice, however, is not accomplished through a brilliant political program dreamed up by a think tank. It is accomplished through the return and just rule of Jesus Christ, the Son of God. As we await the time when he eliminates mourning and death and sin, we live our lives as a signal of this future reality.

We live in just ways in our individual actions, and we do what we can to set up just structures in society. And when a past wrong can be righted, we rejoice in this gift. But we don’t lose heart when we are incapable of creating utopia. Instead, we wait all the more eagerly for the return of the One who can and who will.