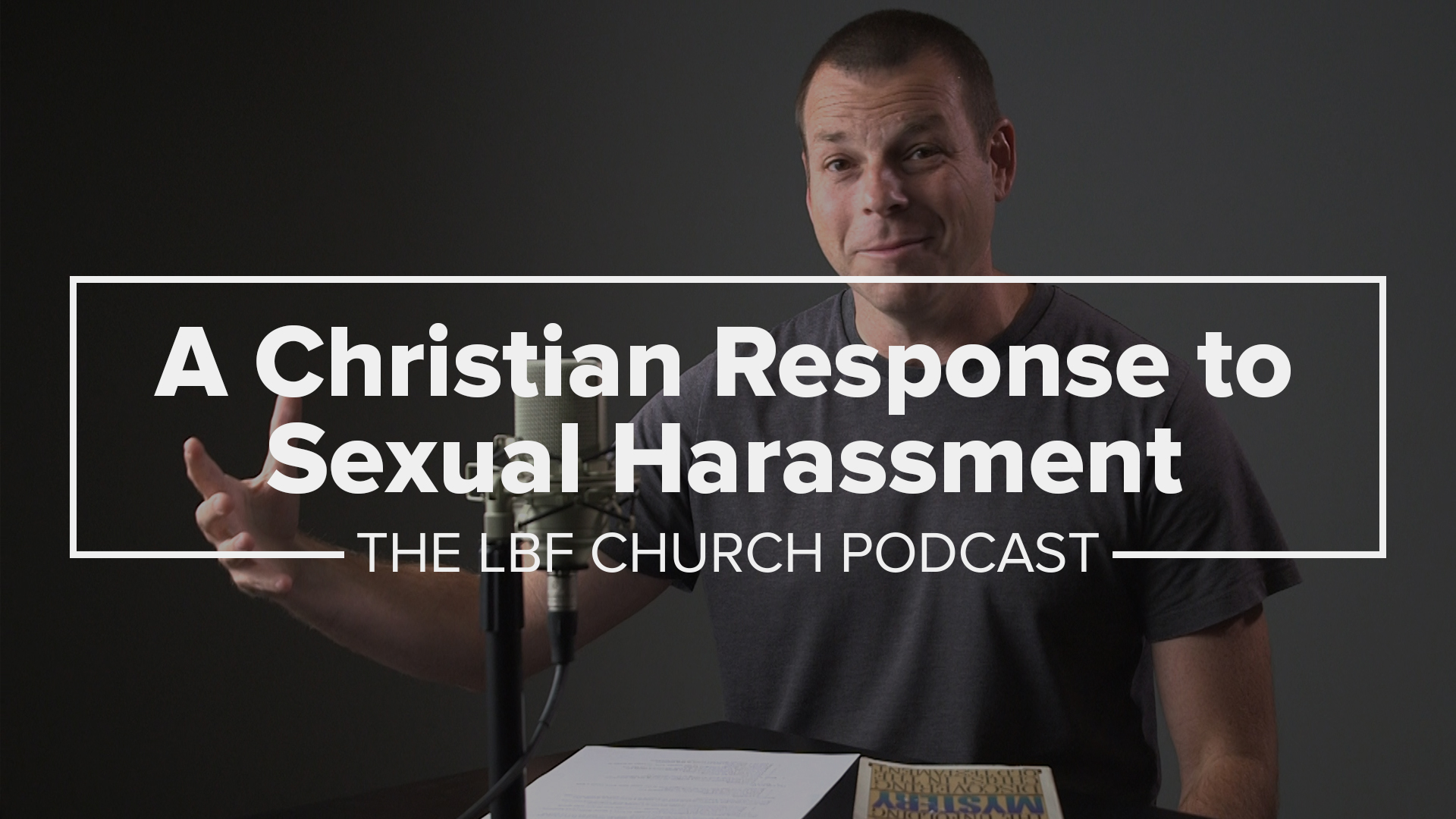 A Christian Response to Sexual Harassment

Much has been said in the recent weeks as celebrity after celebrity faces accusations of sexual assault and sexual harassment. To have a Christian response to all of this might seem silly to some. After all, isn’t our response simply that we think this is wrong and terrible?

Yes, that is an appropriate response. But it is also worthwhile for us to ask (1) how we cultivated a culture that ended up perpetuating this and (2) how we can respond to this epidemic of inappropriate behavior.

How Did We Get Here?

While there is—and always has been—sin everywhere, I think it is striking that so many of those accused of sexual assault and sexual harassment are celebrities. It strikes me because popular culture, which is reflected and influenced by Hollywood, is a culture of loose sexual morals. It is a culture that tells all of us to relax about sex. It is a culture that tells us that we are prudes if we think sex should only be for marriage, that pornography is bad, or that women should post nude selfies.

Popular American culture has tried to say, on the one hand, we should all be casual about sex, but then, on the other hand, that it is a horrific evil if a man makes non-consensual contact with a woman. This seems like a strange pairing.

Now, lest you misunderstand me, I am not advocating for a casual attitude toward men touching women in inappropriate ways. This is evil. But it is also evil for unmarried people to have sex, for people to view pornography, or for people to engage in open marriages.

As Christians, we recognize that sex is never casual. It is part of a covenant between a man and a woman. It seems obvious that sexual harassment and assault has become widespread in our nation—and in Hollywood in particular—because it is a natural outflow of trivializing sex and then shaming anyone who objects to this.

There’s an odd and troubling passage in Genesis 34 in which Jacob’s daughter Dinah is defrauded sexually by a man named Shechem. The odd aspect of the passage is that it is not completely clear whether he raped her or seduced her. Bible scholars debate this because the passage is not clear on the point.

On the one hand, the outcry after the matter (verse 7 says, “Shechem had done an outrageous thing in Israel”) points to rape. On the other hand, verse 3 says that Shechem loved Dinah and spoke tenderly to her. On top of this, he then sought to marry her. Was this rape or was this seduction.

For those of us living today, it seems unthinkable that we would look at a story and not be clear on whether a woman was raped or seduced. However, for Dinah’s brothers, and for many people living at the time of this story, the distinction was not as sharp. While rape certainly would have been worse than seduction, both were viewed not only as sinful but as a defrauding of a young unmarried woman.

I direct attention to this story because this gives an insight into God’s view of this issue. The ambiguity between rape and seduction is not meant to lessen the horror of rape. It is meant to strengthen the immorality of a man taking advantage of a woman by bedding her without marrying her. If we had that standard today, we would not be fostering a culture of sexual harassment and assault.

What Do We Do?

We can look at how we got to this point as a culture, but then we must ask what we do now. I have two suggestions.

If you sense the world seeking to shame you as a prude, remember that God’s wisdom is always vindicated. And remember also that the world’s loose sexual ethics are part of what has led to the recent mess in our culture.

Second of all, make it a practice to treat your sexuality as something that is private. This not only means reserving sexual activity for marriage but also practicing discretion when it comes to talking about sexuality. In Proverbs 5:15-16 Solomon advises his son (in a not-so-subtle euphemism), “Drink water from your own cistern, running water from your own well. Should your springs overflow in the streets, your streams of water in the public square?”

His point is that his son’s sexuality is something that belongs to him and to his wife, and to NO ONE ELSE! If a person is consistently talking about sex or about their body, this invites people into an area of life that is meant to be private. As Christians, we can set a positive tone by treating sex as something important, not as something trivial.

And, by the way, being discrete about sex does not mean that we are ashamed of sex. We aren’t! Sex is a good gift from God. But if you enter an art gallery, you are not permitted to simply touch and handle the art. This is not because the artist is ashamed of his work. It is because it is too valuable to be treated casually. The same is true of our sexuality. If we handle sex with a bit of reverence and respect, we will avoid a great deal of pain and sin and destruction.