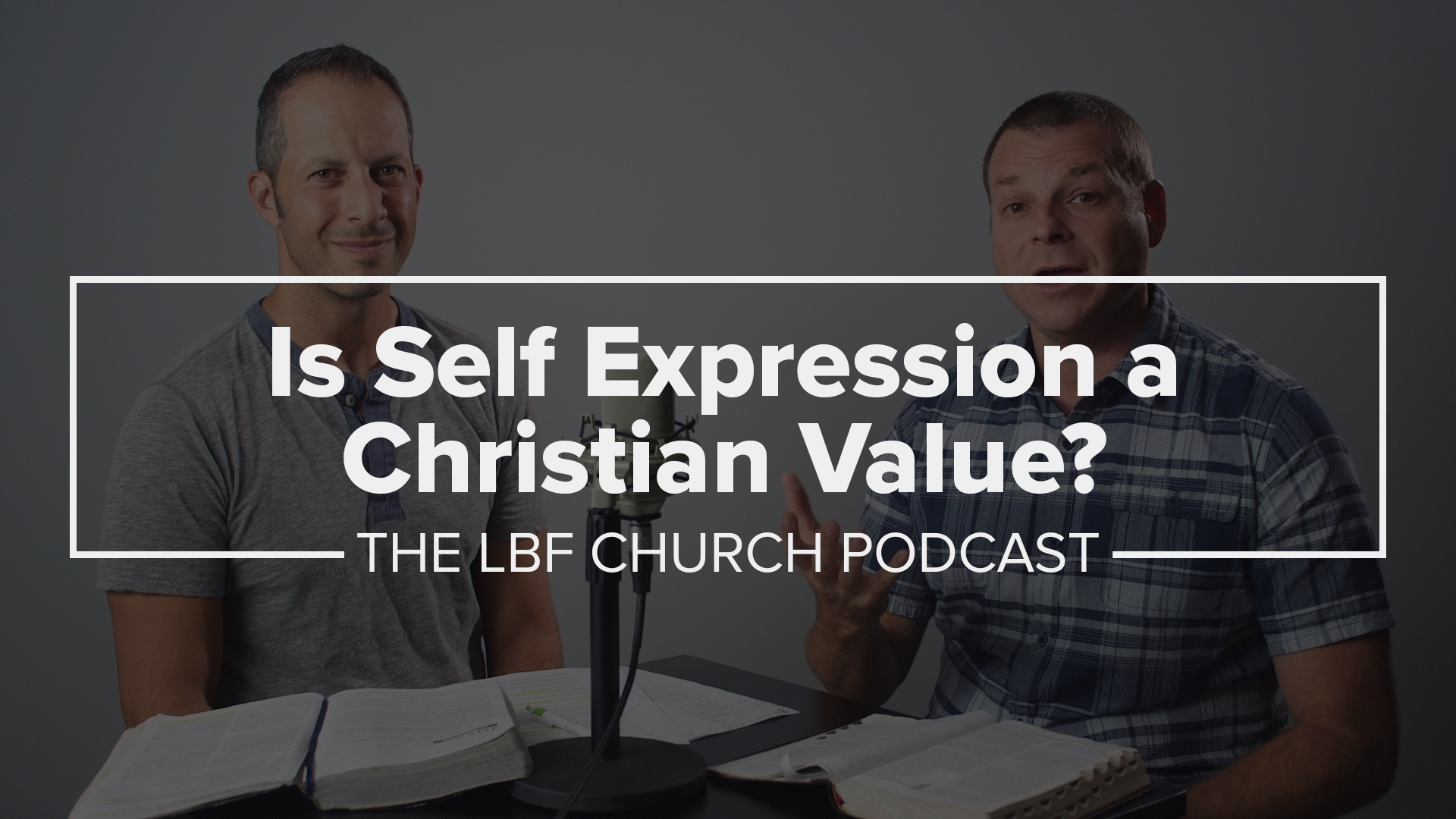 Is Self-Expression a Christian Value?

In the United States, freedom of speech is paramount.

It literally comes first in the amendments to our nation’s constitution. The idea is that the government will not squelch any individual’s self-expression. Freedom of speech does not mean that a person cannot be fired, shunned, or despised by others for what they say.

It simply means that a person’s speech will be protected by the government, no matter how repugnant others might think this speech to be.

Free speech was on display in Charlottesville on August 12th. According to our Constitution, the white supremacists absolutely had the right to march, hold up signs, and say their piece. But while many of us who would defend the rights of this free speech don’t remotely approve of this use of free speech.

We see the beliefs of the white supremacists as evil. It is a classic case in which we might say to a fellow American, “You certainly can say that, but that doesn’t mean that you should.”

In the New Testament, the apostles write frequently about the newfound freedom that we have in Christ. While we still are given commands, we are set free from a law-based approach to our faith and are instead led by the Spirit and by the law of love. The apostles, however, warn Christians that just because we can do certain things doesn’t mean that we should.

Peter writes, “Live as free people, but do not use your freedom as a cover-up for evil; live as God’s slaves” (1 Peter 2:16). Paul writes, “You, my brothers and sisters, were called to be free. But do not use your freedom to indulge the flesh; rather, serve one another humbly in love” (Galatians 5:13). Both Peter and Paul tell believers that the purpose of their freedom is not to be self-serving, but to serve and love others.

This brings up an important question: Is self-expression a Christian value? On the one hand, there is a great value given to Christians having the freedom to express themselves. Paul goes to great lengths to tell believers not to judge one another over disputable matters (Romans 14:1).

At the same time, Paul also sets an example as a man who is prepared to sacrifice his freedoms in order to communicate the gospel (1 Corinthians 9:15-18).

While self-expression is certainly permissible for Christians, it takes a back seat to the bigger priorities of loving one another and spreading the message of Jesus. In light of this, here are three thoughts to consider when you are choosing whether or not to express something.

Will this benefit others?

The truth is that many times we express things not because we think they will benefit others, but simply because we want to say them. Whether we are making a political rant on social media or going on and on about how much we liked (or disliked) a movie, we often speak in order to get things off our chest.

While we might think that what we say “needs to be said,” we must consider that others are not often asking our opinion. If you are expressing opinions to people who haven’t asked, consider whether you are speaking in order to speak or in order to benefit others.

Will this be understood?

The difficulty of communication is that a speaker often has one intent, while a listener ends up misunderstanding that intent. Sometimes we are tempted to express ourselves, even though we know that many others are likely to misunderstand us.

For me, a good example of this is those who display Confederate flags. I personally don’t believe that displaying a Confederate flag is an overt act of racism. People value that flag for different reasons. That said, since it is fairly common knowledge that many people in our country associate that flag with racism, it is worth thinking twice before displaying it.

Ask yourself, “Is my desire to express that I value the Confederate flag worth what it will cost in others misunderstanding my attention and being personally offended?” We ought to speak not simply to speak, but to be understood.

Does this reflect well on Jesus?

Every Christian is an ambassador of Christ. We all represent him in what we say and do. Because of this, we must consider how our words and acts of self-expression reflect upon our Savior. When we speak (or type), do people hear anger, self-righteousness, or dismissiveness? If so, this certainly will not adorn the gospel of Jesus.

There are times when we must offend others in order to communicate the offensive gospel of Jesus. However, there are many times that Christians offend others for communication that isn’t related to standing for truth but simply related to voicing our opinions. Each time we speak, we must consider how our words (and tone) point people to the One who came to save them.

Self-expression is not wrong. At the same time, there are many higher priorities for those of us who are Christians. As you consider your words, remember that, as a Christian, you are loved, accepted, and treasured by the God of the universe.

You don’t need to prove yourself, get revenge, or vindicate your opinion. Your goal is not to win an argument or convince others to agree with your positions on disputable matters. Your goal is to direct people to Jesus so that they can experience the new life that he brings.