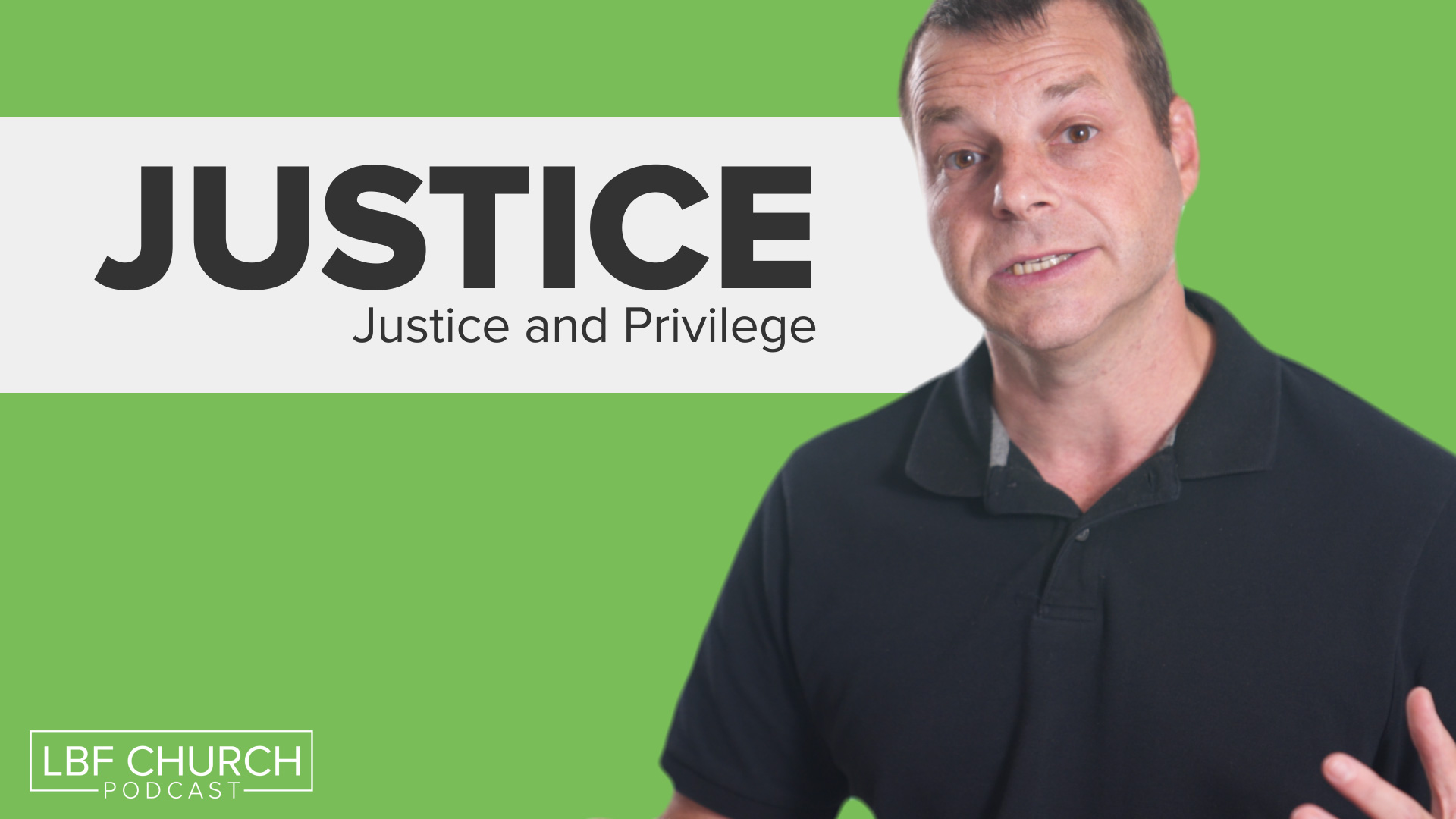 In this third post about justice in Christian beliefs, I want to explore the topic of justice and privilege. I realize that by using the word “privilege” I may invite some skepticism from some people. The term “White Privilege” has become a lightning rod and a divisive concept. If you are skeptical of the idea of privilege, let me define how I will be using the term in this post. By writing about privilege I am simply writing about the idea that, even in a just society where people are treated equally, people are not situated equally.

Now, how does privilege relate to justice? It relates in terms of the following two questions:

This post will focus almost exclusively on the second question. While I think it is undeniable that injustice plays at least some role in the fact that we are unequally situated in society, we will set that aside for the time being. Let’s assume that injustice played no role and that it is simply unfortunate circumstances that has led some people to be privileged and others to be much less privileged in their circumstances. That said, do underprivileged people suffer because they are less likely to get the justice they need?

I think it is no accident that when Jesus tells a parable of persistent prayer in Luke 18:1-8 he uses a widow as his main character. And the persistent widow is persistent in her cry to an unjust judge, asking him for “justice.” I think it is unlikely the Jesus chose a widow at random.

It seems much more likely that Jesus chose a person in society who was likely to have a hard time getting justice. Most widows did not have a great deal of money or status in society, and those with a lack of money and status often have more trouble getting justice.

Again, let’s assume that this woman is a widow not because society is unjust, but because tragedy befell her. This is no fault of the “system.” Nevertheless, she is left in a situation in which she is less likely to get justice than someone who has money and status.

This all falls further into line when we consider the frequent mentions of the widows, the fatherless, and the foreigners throughout the Old Testament. Deuteronomy 10:18, speaking of God, says, “He defends the cause of the fatherless and the widow, and loves the foreigner residing among you, giving them food and clothing.” And in Isaiah 1:17 God passes this value along to his people: “Learn to do right; seek justice. Defend the oppressed. Take up the cause of the fatherless; plead the case o the widow.”

On top of this, James 1:27 says, “Religion that God our Father accepts as pure and faultless is this: to look after orphans and widows in their distress and to keep oneself from being polluted by the world.”

Here’s a question: Why is God specifically taking up the cause of the widow, the fatherless, and the foreigner? Do these people matter more than those who are married, those who have parents, and those who are Israelites? No, it is not because there is a difference in value. It is because they are equal in value. Then why specify that God takes up the cause—and calls his people to take up the cause—of these three groups?

It seems clear that it is because God is concerned that these three groups will not otherwise have equal access to justice. Widows and orphans and foreigners were likely to have less money and less social status than the normal citizen in Israel. Therefore God calls his people to make sure that these disadvantaged people are not forgotten. Once again, the key question here is not whether or not injustice has led them to their disadvantaged situation, but whether, given their situation, they will be able to get justice.

Justice is achieved when we look out for those who are in a disadvantaged situation in order to make sure that we give them the best possible chance to experience equal treatment from society.

Just as God singling out widows was not a slight to married women, a believer showing special concern for protecting the lives of black people is not a slight to other races. While there are different opinions on the amount of systemic oppression that black people experience today, there is no debating that black people have been systemically disadvantaged in the United States throughout our history. That systemic oppression is at least one major factor in black people—as a group—being disadvantaged today when it comes to finances and status.

Therefore, it makes perfect sense for believers to say, “We are going to make sure that we work to achieve justice for black people.” This is not to the detriment of any other race. This is simply an acknowledgment that those in disadvantaged situations have a harder time getting justice.

For another example, we could look at women—and especially poor women—in the U.S. As we live in the wake of the #metoo movement and the fallout from the circus that surrounded Judge Kavanaugh’s appointment to the Supreme Court, the whole country is talking about the treatment of women when it comes to sexual assault.

For those of us who are believers, one question we should ask is, “Are women disadvantaged?” A simple yes or no seems inadequate as an answer. But it is fair to say that women are—on the whole—disadvantaged when it comes to physical strength. If an average man attacks another average man, there is a good chance that the attacked man will be able to fight off his attacker.

But if an average man attacks an average woman, there is very little chance that she will be able to fight him off unless he decides to stop or unless someone else intervenes. This is a disadvantage.

To take matters further, a woman who experiences an assault is in a disadvantaged position because she must make the very difficult choice about whether to stay silent and try to move on or to deal with the upheaval and discomfort that comes with filing charges. On top of this, sexual assault is often difficult to prove because there are often no witnesses. These factors certainly put women who are victims of sexual assault into a disadvantaged situation in the quest for justice.

So, what is the Christian response? Some claim that the answer is to believe all women who make claims of sexual assault. I believe, though, that this is a foolish standard to suggest. This makes it all too easy for people to point to exceptions. Clearly, a man can be falsely accused, and thus many people are unwilling simply to believe an accusation without some evidence.

But while it is a bridge too far to demand that all women should simply be believed, it is certainly not a bridge too far to suggest that any woman who comes forward with a story of sexual assault should be taken seriously. Believers should listen with care and compassion, seek to help with healing, and seek to make sure any woman—especially poor women—have equal access to justice.

This is not because men are undeserving of protection or due process. This is simply because women are more likely to be in a position in which they cannot physically defend themselves against a man who chooses to commit evil against them.

God is not the God only of the widow. He is the God of all people. But the widow needs to be assured that he is her God as well. And justice is not something that is needed only for the poor and disadvantaged. But it is vital to make sure that someone is looking out for those who are likely to slip through the cracks.

And God personally takes up those cases. And he calls his people to take up those cases as well. True justice doesn’t simply ask whether injustice led us into a situation; it also asks what it will take to bring about justice in the situation in which we now find ourselves.