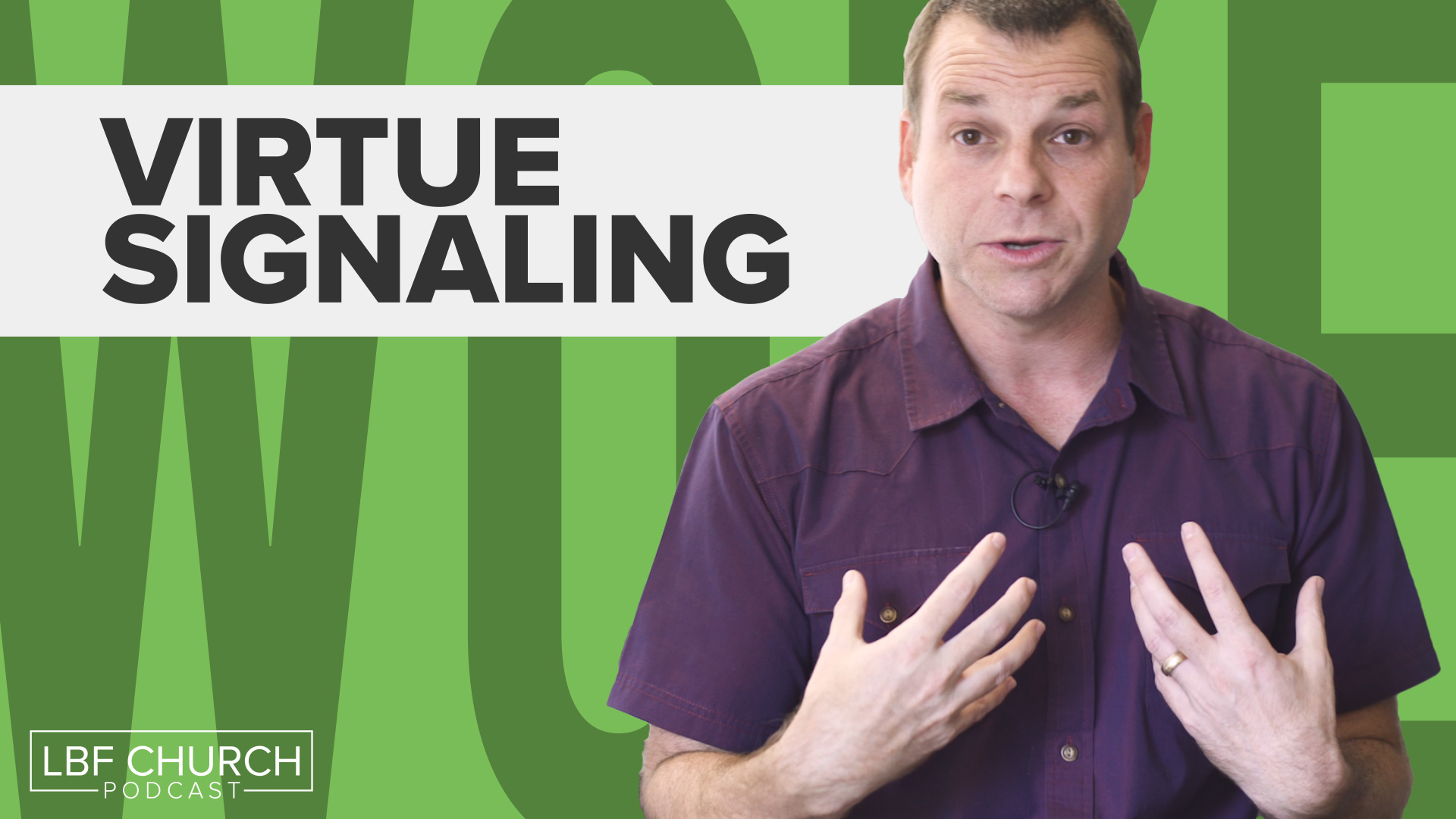 The Age-Old Danger of Virtue Signaling

The term “virtue-signaling” has emerged in the public vernacular over the course of the last several years. The term refers to the idea of saying or doing something in order to let other people know that I am on the “right” side of an issue.

For me, one of the most comical instances of virtue-signaling was a Super Bowl commercial from 2 years ago. Audi ran an ad that involved a father of a daughter voicing his internal struggle over wanting to make sure that his daughter was not treated as a second-class citizen because she was a girl. He wanted to make sure that she was paid as much as men were and that she wouldn’t be denied career opportunities.

Then, the commercial simply ended. Audi did not announce that they were dedicating money to an effort for equality. They didn’t even announce an internal policy to make sure that women were paid as much as men. They simply signaled their virtue through showing that they “cared” about equality for women.

In Luke 18:9-14 Jesus gave a parable that, in essence, is about virtue-signaling. It is often called the Parable of the Pharisee and the Tax Collector. The parable is introduced in verse 9 in this way: To some who were confident of their own righteousness and look down on everyone else, Jesus told this parable. This parable is the antidote for virtue-signaling. Jesus tells a parable in order to rebuke those who justify themselves at the expense of others.

In verses 10 the parable itself begins: Two men went up to the temple to pray, one a Pharisee and the other a tax collector. As you may know, Pharisees were the most stringently moral and religious members of the Jewish community in the first century. Tax collectors, on the other hand, were Jews who betrayed their nation in order to sidle up to the Romans. Tax collectors got rich by price gouging their fellow Israelites. They were despised.

Jesus then describes the prayer of each man. In verses 11 and 12 he says, The Pharisee stood by himself and prayed: “God, I thank you that I am not like other people—robbers, evildoers, adulterers—or even like this tax collector. I fast twice a week and give a tenth of all I get.”

The Pharisee’s prayer doesn’t really seem concerned with God as an audience. Either he is satisfied with being his own audience or he is seeking to catch the ears of others in the temple. He prays about his own goodness, especially in comparison to others.

He thanks God that he is not like the immoral people around him—including the tax collector who is also praying in the same temple. He justifies himself by his good works—fasting and tithing—and by the fact that he is not bad like others.

We change our profile pictures for holidays or in response to tragedies. Either we are fooling ourselves or we are desperately seeking to demonstrate to others that we are virtuous in our care for school shooting victims, soldiers, or immigrants. After all, our care is evident by the fact that we clicked “post.”

Much of social media drives me so crazy that I find myself thanking God that I don’t post sanctimonious silliness like other people. (Irony intended)

The prayer of the tax collector—a sharp contract from the Pharisee’s prayer—is recorded in verse 13: But the tax collector stood at a distance. He would not even look up to heaven, but beat his breast and said, “God, have mercy on me, a sinner.” The tax collector’s audience was not himself. And he did not see any path toward self-justification. In his desperation, he cried out to God to justify him. And he did so anonymously in a corner while beating his breast.

Several months ago a Christian writer—one that I like enough that I follow him on Twitter—posted in response to a well-known Christian woman who wrote an article about a pastor who had interacted with her in an inappropriate way many years previously. The writer—who I like a lot—posted something to the effect that he is not a violent person, but that it was good that he was not in the room when this incident took place.

I couldn’t help but notice how different this response was to the prayer of the tax collector. Perhaps a more appropriate—and less self-aggrandizing—response for him and for all of us would be to say, “God, save me from ever doing the same evil thing that this man did. After all, I am no less evil than he is.” I am deeply challenged by this thought.

Jesus ends the parable with the idea of justification. Verse 14 says I tell you that this man (the tax collector), rather than the other (the Pharisee) went home justified before God. For all those who exalt themselves will be humbled, and those who humble themselves will be exalted. Our only hope for justification is for God to justify us. And the path to this is humility. We thwart this when we elevate ourselves at the expense of others.

Perhaps you’ve never used the term “virtue-signaling.” Perhaps you never will. Regardless, this term reflects a timeless human instinct to seek self-justification by looking down our noses at others. Jesus warns us to beware. When we exalt ourselves, when we signal our virtue to others, we undercut our opportunity for God to be the one to exalt us.